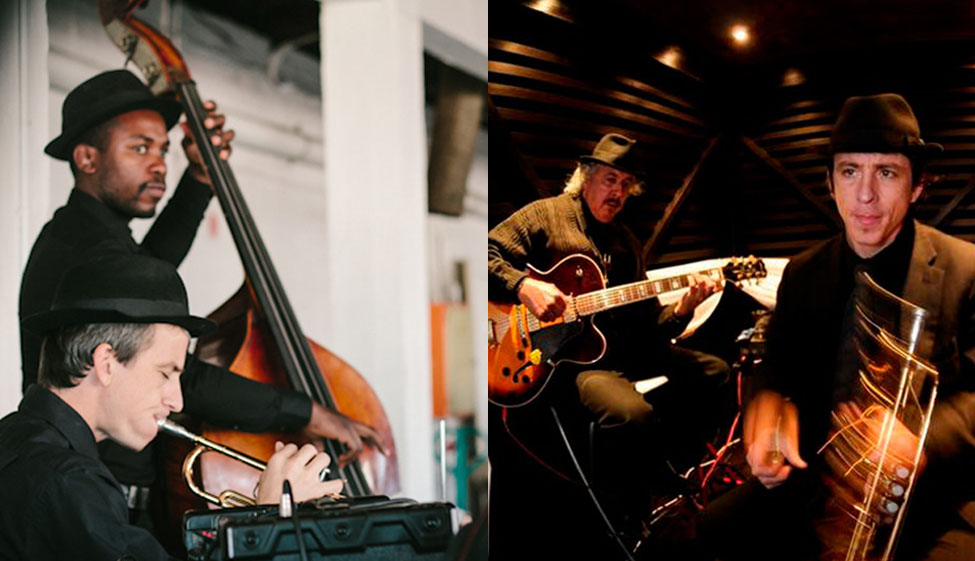 The Quartet features front-man and band-leader Daniel Sheldon on trumpet, the inimitable giant of the jazz guitar, Mr Gerald Sloan, on guitar, Logan Byrne on upright bass and Mr Tony Muirhead on drums. Beat Route sometimes augments the band with other instrumentalists/vocalists if the need arises.

Beat-Route is essentially an acoustic swing jazz band; our sound is best suited for sophisticated cocktail type events where people want a polite, classy and certainly seductive background show which still allows for conversation and networking without strain.

Beat Route is a classic traditional jazz combo. The band has, over its 3 years, developed an extensive repertoire of originals, standards, grooves, Latin, Afro, popular and show tunes executed with real panache and style in the jazz idiom, and has made quite a reputation in Durban featuring regularly at corporate functions, parties, weddings, fairs, restaurants and on the local jazz circuit.

Beat Route have played countless gigs now and have built a good following and relationships on the corporate, wedding and entertainment circuits through a professional attitude and polished routine.