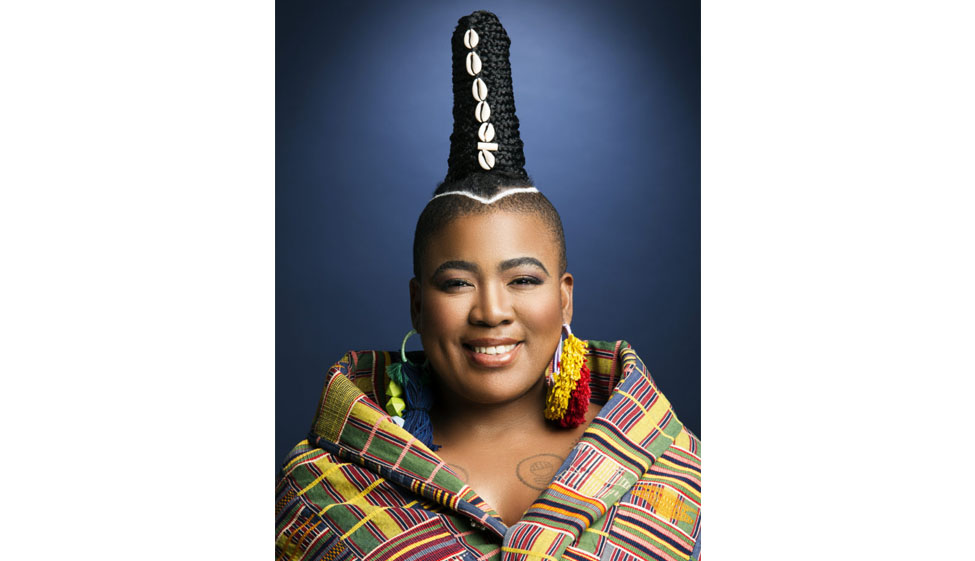 Thandiswa was born in 1976 (the year of the Soweto Uprising). She grew up almost entirely in Soweto, Johannesburg, amidst the heavy apartheid township violence of the 1980s. Both her parents were journalists and anti-apartheid political activists, and she recollects that her home was filled with books, articles and thick with political discussions. It was this environment that nurtured her perspective as an artist. She went on to attend Wits University where she read English literature and International Relations. Her work has always been inspired by her mother (who died early in Thandiswa's life) and the writings of people like Steve Biko and Frantz Fanon, Chinua Achebe and Kwame Nkrumah.

Thandiswa is one of the best combinations of songwriting talent and voice that I have had pleasure to work with in my 30 years in the music industry - an inspiring and joyful experience!” - JP “Bluey” Maunick (Incognito)

Ever since she burst into the publics’ consciousness as the lead vocalist and songwriter of award-winning group Bongo Maffin, Thandiswa Mazwai has been an indelible part of the South African cultural landscape. Her musical beginnings, however, were not quite as auspicious – her first attempt to get noticed occurred at the Shell Road to Fame talent show – in a move that must be puzzling the judges to this day, Thandiswa didn’t even make it to the semi-final round.

She did, however, catch the eye of musician and producer Don Laka, who arranged to include her in a project he was working on - Bongo Maffins’ sophomore album.

The band became known as one of the founding members of kwaito, and went on to release four more albums, becoming widely recognized as the voice of South Africa’s conscious youth – their compositions consistently combined dance floor favourites with thought-provoking lyrics. They were invited to perform all over the world, and shared the stage with musical icons Stevie Wonder, the Marley clan, Ladysmith Black Mambazo, Chaka Khan, Sean Paul, Steel Pulse and Skunk Anansie, amongst others. Their contribution to the South African musical cannon earned Bongo Maffin numerous awards, amongst them South African Music Awards, the Kora All Africa Music Awards, and the Metro FM Music Awards.

Her hand-picked band was selected from a range of musicians who participated in a three day auditions process. Chosen from over 400 candidates, the new band brings a vibrant, fresh young sound to her live performances. “I decided to create a band from a completely fresh crop of musicians” Thandiswa explains. “There’s so much talent out there, just waiting to be discovered.

As additional preparation for the recording process, Thandiswa also embarked on a pilgrimage to her mothers home village in the Transkei, moving on to spend a fortnight in Mkhankato, Madosini’s village in the heart of rural Transkei. Here she was exposed to the original sounds of Xhosa traditional melodies, and was introduced to the Uhadi, a traditional Xhosa one-string harp.