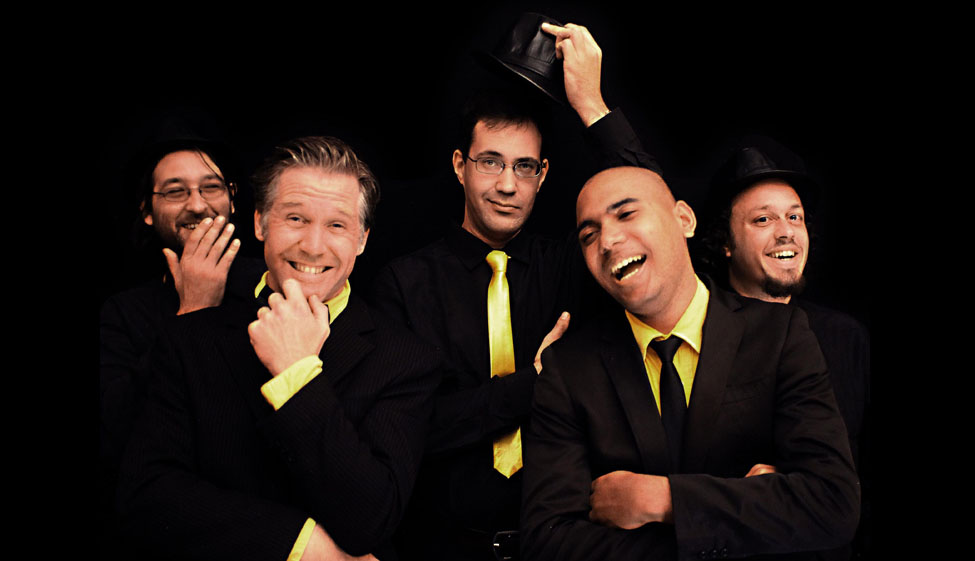 The Great Gatsbys is a truly talented collection of musicians joined at the hip by a rich love for local, contemporary, crossover and world electronic music. Stay tuned for updates relating to performances and releases of their trademark ‘future jazz’ sound.

The Great Gatsbys’s sonic palette ranges from the dance-oriented sounds of Parov Stelar, Jamiroquai and Caravan Palace to the vintage American gospel of The Golden Gate Quartet and Sam Cooke, and the big band jazz of Louis Armstrong and Benny Goodman. African and Latin rhythms can be found in the compositions, which play out like a mixture of electro-jazz and world music sounds delivered with a notably original approach.

The Great Gatsbys was formed in Cape Town in 2006, when guitarist John Bartmann began producing a string of self-released EPs, going on to license compositions to Wagram Records (France), DNA Musik (Germany), theatre companies funded by the UK Arts Council and the South African Broadcasting Commission.

In 2014, the band evolved to include DJ-clarinettist Zimasa Gysman, who performed with Simphiwe Dana at the Kirstenbosch Summer Concert Series in 2013. Jacques Louw of the Cape Philharmonic Orchestra performed briefly with the band, to be replaced in 2015 by multi-instrumentalist Callan Wolff of Turkish music ensemble Ottoman Slap, seasoned regulars at the annual National Arts Festival.

In 2017, the ensemble grew to include Cape Town International Jazz Festival regular Muneeb Hermans and saxophonist Gareth Harvey, who has performed with The Johnny Cooper Orchestra, Crimson House and McCoy Mrubata, and at the National Arts and Joy of Jazz Festivals with his own band SAXIT!. Producer-DJ Django Flaherty joined in 2016, with accolades including performances and residencies at Rezonance Festival, Mutha FM, Catacombs and Polana.