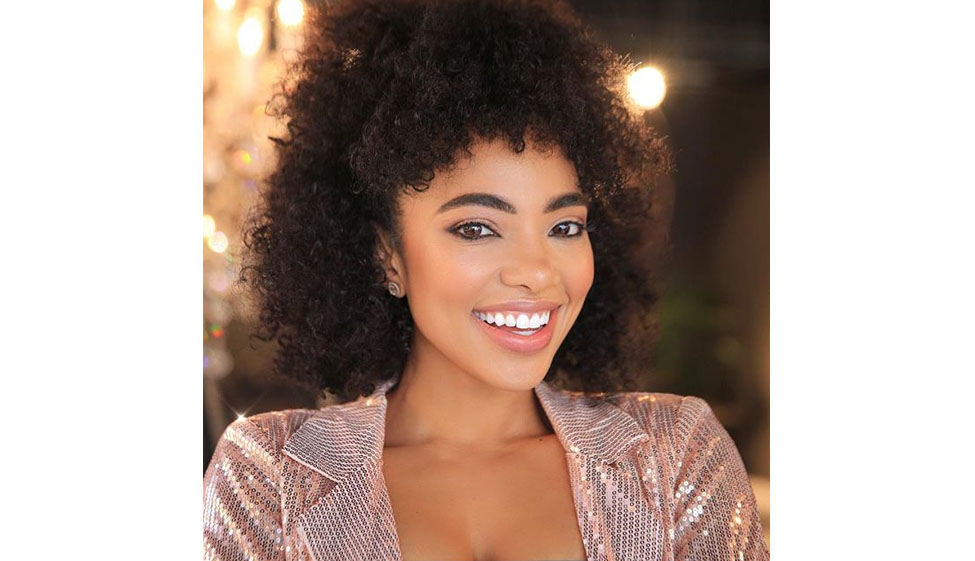 Amanda Du-Pont is a South African actress who currently plays the role of Nompumelelo “Lelo” Mthiyane in SABC 1 soapie, Skeem Saam. She is a beautiful lady who is mostly known for her portrayal of Serina in the drama series Life is Wild and Sharon in the SABC 3 comedy-drama Taryn & Sharon. Moreover, the sexy Amanda is also a television anchor/host, voice-over artist, model, brand ambassador, live event MC, and businesswoman.

The gorgeous Amanda Du-Pont was born on the 26th of June 1988 in Manzini, Swaziland. Her birthplace is the country’s largest urban centre also known as “The Hub” of Eswatini. Amanda Du- Pont is a descendant of royal blood as her father Henry Du-Pont is the son of Princess Ncabile who is the daughter Prince Mshengu and the niece of King Sobhuza II. Amanda grew up together with her cousin Alulutho Du-Point who was the major influence in their relocation to Johannesburg, South Africa. Shortly after moving to Johannesburg, they completed their schooling at Uplands College.

Amanda Du-Pont started schooling in Manzini, Swaziland but completed her education in Johannesburg at Uplands College. Afterwards, in 2011, Du-Pont got into the South African School of Motion Picture and Live Performance where she was awarded a Bachelor of Arts Degree. Due to her scholastic excellence, Amanda was awarded a full scholarship to study at the New York Film Academy in New York City. With all the showbiz education and training she received, the mention of her name sparkles overwhelming attention as she has broken far-reaching on-screen records.

Amanda Du-Pont is a successful forerunner for the blooming South African entertainment industry. Since her on-screen debut in 2008, Amanda has featured in several theatres, television and live programming.

Lifetime Achievement award by Swaziland’s Department of Arts & Culture for her early achievements in film and television and her promotion of the Swazi language and culture.