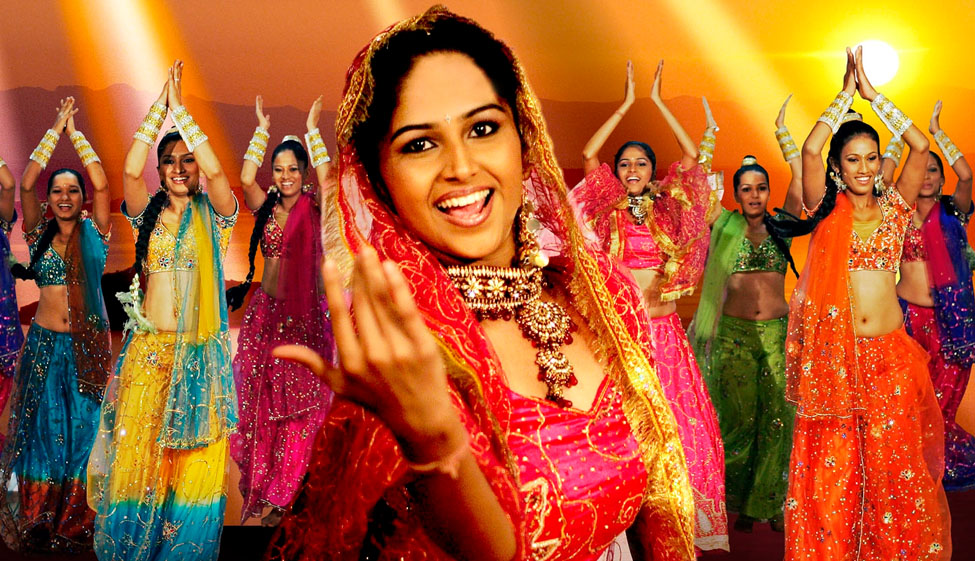 Routines last between 5 and 15 minutes and you can have multiple routines within an hour.

There can be between 3 and 25 dances used depending on your requirements.

The first Bollywood films to be shown were previewed in the Watson hotel and were silent movies of short length. Two brothers named Lumire were responsible for bringing cinema to India with those 6 short films that began the bollywood story.

A change in the Bollywood indian film industry occurred in 1931 when the first Bollywood film was produced filmed with sound. This new cinematic experience with sound was an instant hit and from then on Bollywood films were to include sound. The next big change came in the 1950’s when filming switched from black and white to colour. This allowed the beautiful and colourfull Indian clothing to be used to great effect in Bollywood films.