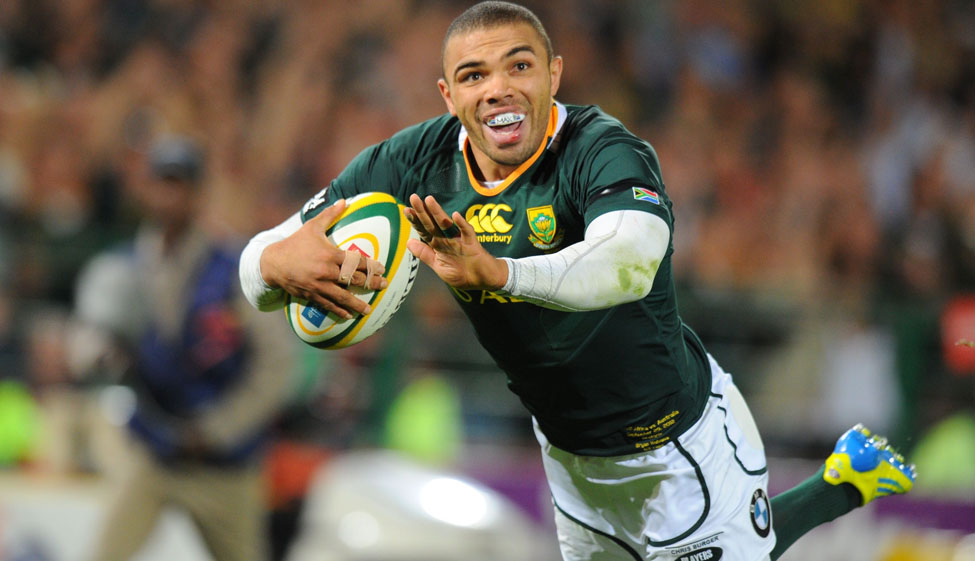 Bryan holds Springbok record for tries in tests as a wing (40) and for most tries overall for South Africa (40) . Most capped Springbok wing (73).