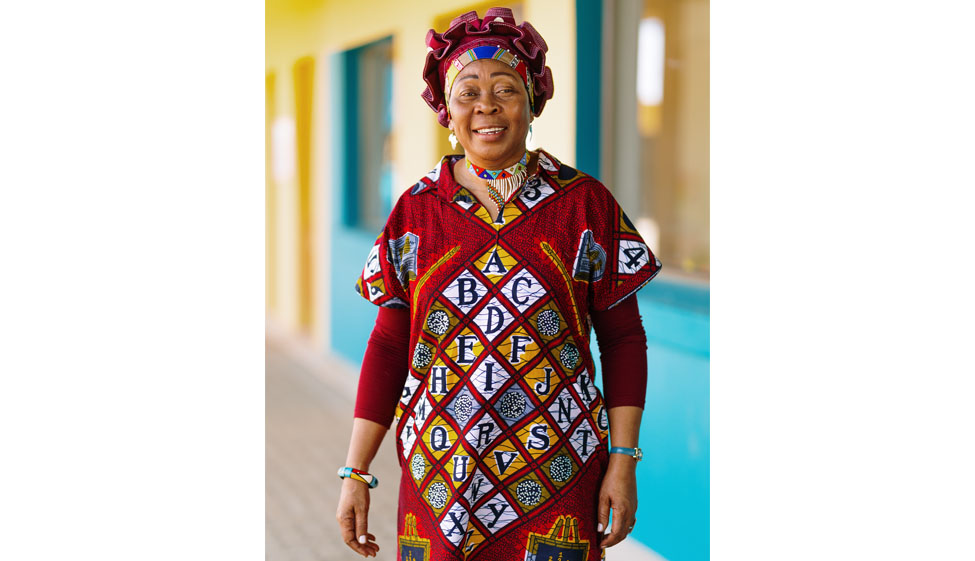 Gcina Mhlophe is an author, poet, playwright, director, performer and storyteller. Influenced by her grandmother’s tales when she was a child, Mhlophe’s written and performance talent has transported her from South Africa to South and North America to Europe, Greenland and Japan. She has performed her stories in theatres like Royal Albert Hall, the Kennedy Centre in the US and collaborated with Ladysmith Black Mambazo on a children’s CD. She again worked with Ladysmith Black Mamabazo and Francis Bebey quartet in a unique production, Africa at the Opera, which toured Opera houses in Germany.

For her work in theatre, she received an OBIE Award in New York for her performance in Born in the RSA. Her autobiographical play, Have You Seen Zandile? would earn her the Fringe First Award at the Edinburgh Festival, Sony Award for Radio Drama from BBC Africa, and the Joseph Jefferson Award in Chicago. In 1992 she founded and directed the Zanendaba storytelling company, Johannesburg, RSA. She has received honorary doctorates from the London Open University(UK); University of KwaZulu – Natal; Pretoria University and Fort Hare, for a body of work that has contributed to Literature and helping to preserve the Heritage of African storytelling.

Dr. Mhlophe has worked tirelessly running NOZINCWADI Mother of Books Literacy Campaign since 2001, to help make S. Africa a Reading Nation. The Nozincwadi: Mother of Books, is available as a book which is accompanied by a CD that formed the joyful soundtrack of the roadshow. In April 2012 she was awarded her fifth Honorary Doctorate by University of Johannesburg. 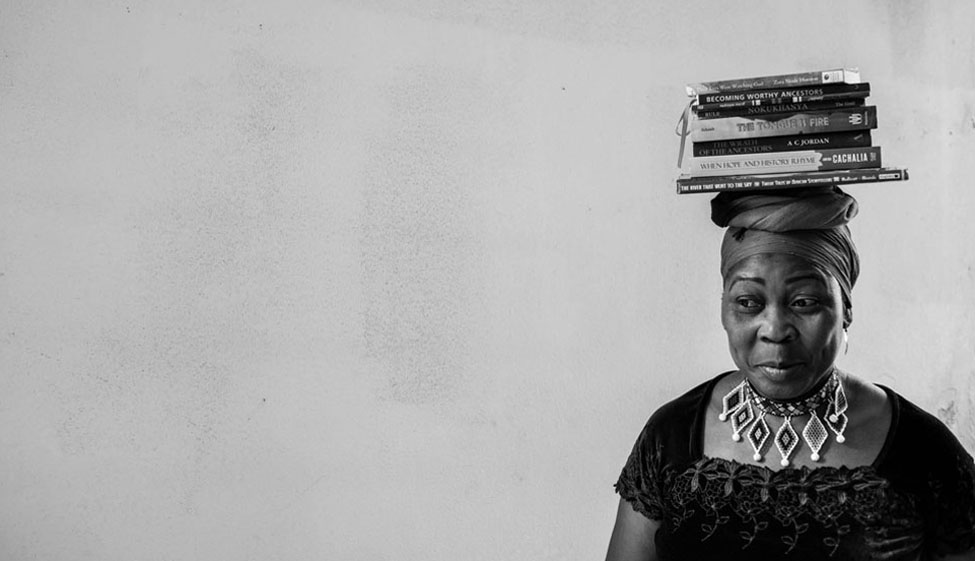 MZANSI MAGIC TV Channel gave her National ICON Award in May 2012. She is currently the Executive Director of GCINAMASIKO ARTS & HERITAGE TRUST , which is the umbrella body where all their other project, SPIRIT OF LIGHT Celebrations, Annual NOZINCWADI Story & Book Festival, Creative Writing Workshops, are hosted and produced. She was awarded her sixth Honorary Doctorate came from Rhodes University in 2014. She is also one of the 21 ICONS in 2015 with the likes of Lillian Cingo, Bishop Tutu, Nadine Gordimer and Tata Mandela.

She has released several CDs including Songs & Stories of Africa which won a SAMA award and the isiZulu version of the same CD won the PanSALB Award for indigenous languages. IMILOLOZELO, a collaborative CD with Bheki Khoza, Ntakemazolo HP School and Umlazi JP School, was released in an effort to resuscitate the culture of African children’s rhymes and rhythms with jazz music. Latest works include the recording of 2 CD’s - African Mother Christmas & HOPE SONG. Both will help raise funds for the soon to be opened MEMORY HOUSE (Oral History Museum for ordinary South Africans). Dr. Mhlophe received the Kennedy Centre International Artists Gold Award as well as he seventh Honorary Doctorate from the Nelson Mandela University in Port Elizabeth, in April 2018. 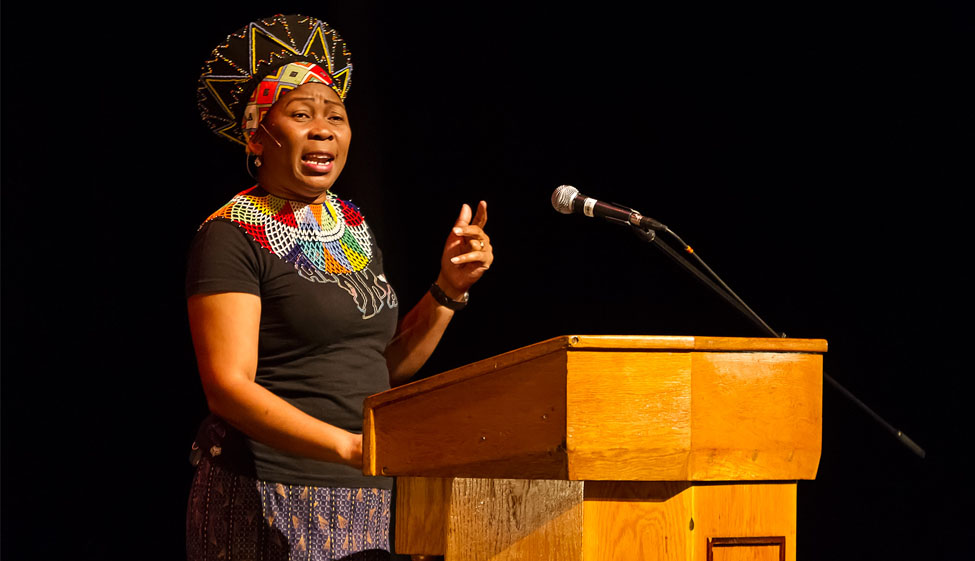 Her latest accolade is the Inaugural USIBA Cultural Legend Award from the Minister of Arts and Culture in May 2018.

September 2018 saw the 10th edition of the NOZINCWADI Books and Storytelling Festival in Durban.

She acted in a few successful films KALUSHI , about the life of freedom fighter Solomon Mahlangu.

24 October – Dr Mhlophe’s birthday shall be recognized as NATIONAL STORYTELLING DAY celebrated all over South Africa.