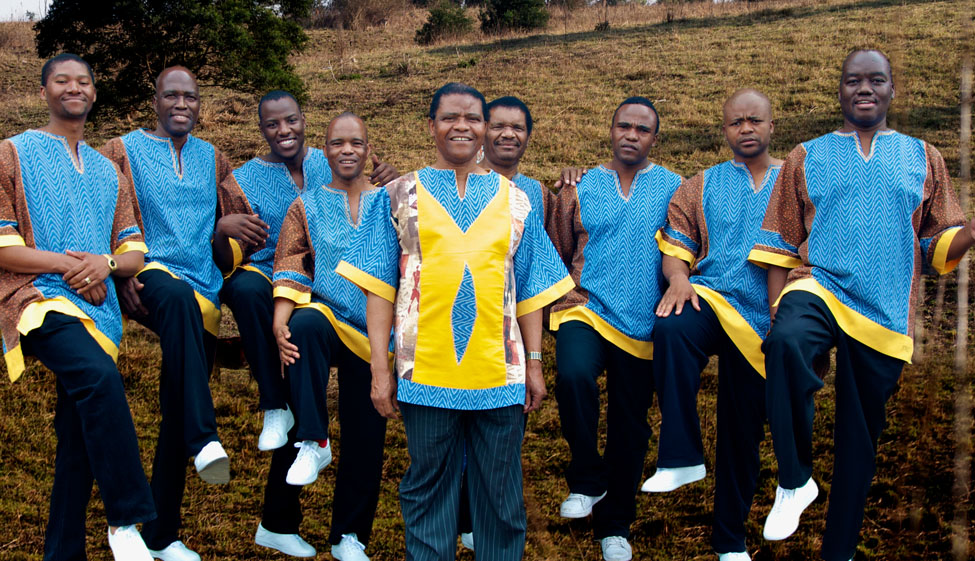 Ladysmith Black Mambazo is a male choral group from South Africa that sings in the vocal styles of isicathamiya and mbube. They were formed by Joseph Shabalala in 1960 and later became one of South Africa's most prolific recording artists, with their releases receiving gold and platinum disc honors. The group has now become a mobile academy, teaching people about South Africa and its culture. They rose to worldwide prominence as a result of singing with Paul Simon on his album, Graceland and have won multiple awards, including three Grammy Awards.

Mambazo sang again at President Mandela's inauguration in May of 1994. They are a national treasure of the new South Africa in part because they embody the traditions suppressed in the old South Africa.

Formed by leader Joseph Shabalala, Ladysmith Black Mambazo made their first recording in the early 1970's, and had recorded over forty albums by the turn of the millennium. 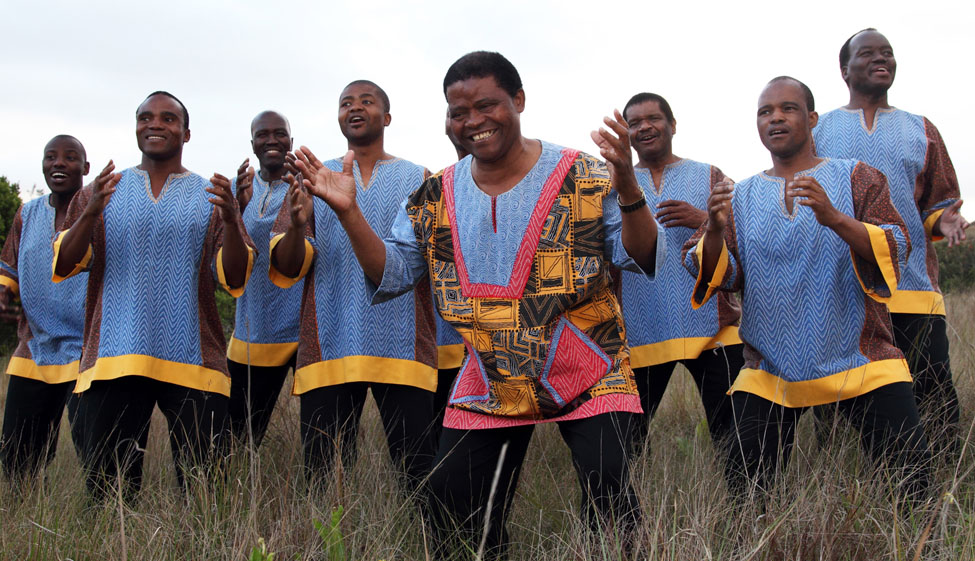 The group sings of peace, of love and for people to live in harmony. They do so on every album and from every concert stage that they appear on.

The traditional music sung by Ladysmith Black Mambazo is called ISICATHAMIYA (Is-Cot-A-Me-Ya). It was born in the mines of South Africa. Black workers were taken by rail to work far away from their homes and their families.

Poorly housed and paid worse, they would entertain themselves, after a six-day week, by singing songs into the wee hours every Sunday morning. Cothoza Mfana they called themselves, "tip toe guys", referring to the dance steps choreographed so as to not disturb the camp security guards.

When miners returned to the homelands, the tradition returned with them. There began a fierce, but social, competition held regularly and a highlight of everyone's social calendar. The winners were awarded a goat for their efforts and, of course, the adoration of their fans.

These competitions are held even today in YMCA assembly halls and church basements throughout Zululand, South Africa.

Ladysmith Black Mambazo have received a Grammy award for their album Raise your Spirit Higher. The album was awarded in the "Best Traditional World Music" category at the 47th Annual Grammy Awards in Los Angeles.

This is the second time South Africa's iscathamiya legends have received a Grammy - their previous award in 1987, was for Shaka Zulu.

Ladysmith Black Mambazo are South Africa's foremost proponents of the Iscathamiya style of singing, and have grown to be one of the country's premier cultural exports.