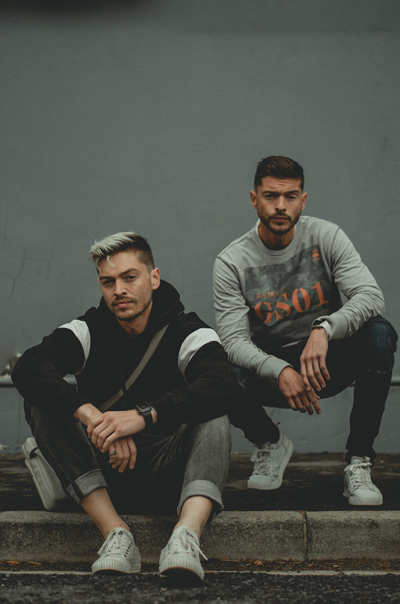 Locnville is a South African electro hop music duo. Identical twin brothers, Andrew and Brian Chaplin, were born in New York and raised in Cape Town, South Africa and formed Locnville in 2009. The twins are related to the late Charlie Chaplin (their grandfather was the first cousin of Charlie Chaplin).

Their debut studio album titled Sun In My Pocket was released in South Africa in February 2010 and had proven to become a major success, peaking at No. 1 on the RISA South African Albums Chart and later winning them the award for "best newcomer" at the 2010 MK Awards.

Their second studio album titled Running To Midnight was released on 1 July 2011, including a high-definition music video for one of the album's tracks titled "Stars Above You".

The twins released their third studio album titled Taste the Weekend on the 17 June 2016.

In addition to being guitarists, drummers and business entrepreneurs, they are also singer-songwriters, song producers and musicians.

They have become one of the most well-known acts in the country and abroad. Their infectious melodies and rhythmic beats have been a whirlwind success taking the twin brothers all around the world and winning them multiple international awards including the coveted MTV EMA for Best African Act as well as 3x SAMA awards.