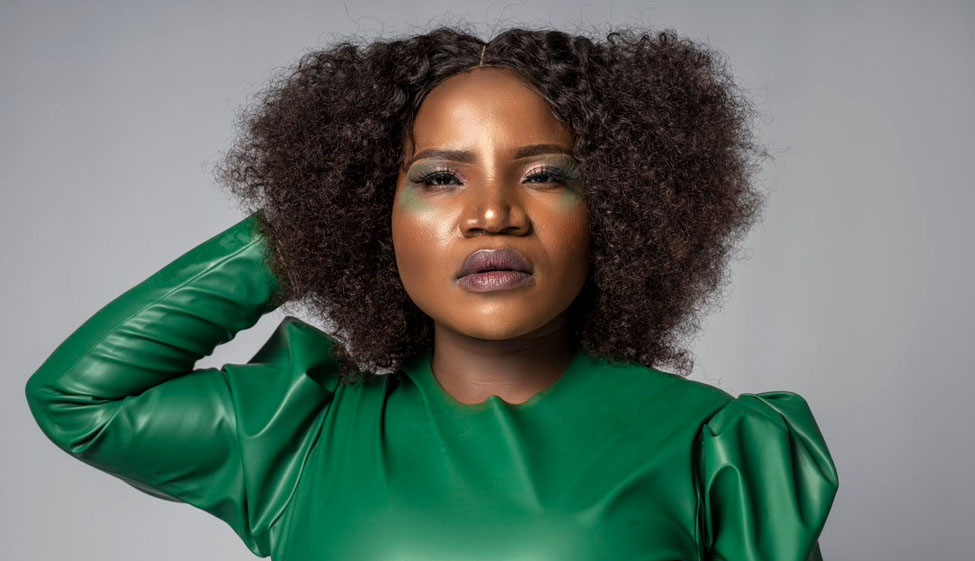 Born on the 30th of June, 1996, Ndivhudzannyi Ralivhona popularly known by her stage name as Makhadzi (meaning Aunty) is a South African singer, songwriter and dancer. She is very popular for her major hit songs “Tshanda Vhuya” and “Matorokisi”.

Makhadzi grew up in a little village called Ha-Mashamba Tshivhangani where she was also born, the village is located just outside Elim in Limpopo province. She grew up in the disadvantaged family of unemployed parents. Makhadzi and two of her siblings lived together with their mother following her parents’ divorce. Then she was determined to become a good example for her younger ones as she is the eldest of the kids. Her grandmother played a huge role in her upbringing.

She finished her grade 12 at Mukula Integrated school. Makhadzi graduated with a degree in Public Relations and she proceeded with her studies by studying drama.

At the age of 12, Makhadzi took her dancing skills more seriously in 2010 when she joined the Makirikiri Musical Group in a bid to become a professional dancer. She later on began to develop a passion for singing.

One beautiful day, she made a move which she never knew was going to turn her to who she has become today by playing around in a recording studio while she recorded herself singing, the recording manager in charge of the studio at that time saw the talent in her and believed she could do great if given the opportunity. He then presented her the chance to explore her talent in his studio.

Makhadzi composed and produced all the songs on her albums, she released a major hit song titled Zwigevhenga on the 9th of March, 2012. Makhadzi has released six studio albums to date.

Her first album titled Muvhango was released in 2012, the album became very big, but being a determined soul that was set out to be a good example for her younger ones, she was able to manage her studies and her growing musical career at the same tame. As a youngster, Ndivhudzannyi explored her musical talent outside her little village and country by taking trips to places like France, Zimbabwe and Mozambique to perform.

In 2013 she followed up her debut album titled Ndo Tshinyani (What did I do wrong), an album which was based around deep family problems was well received by South Africans because it painted a story that they could all relate to.

In 2014 she dropped her third studio album titled Litshani U Tsala Murahu which has the hit song Vhasadzi vha Nzhelele. The song helped her achieve another major milestone in her career, she was able to grow bigger across the shores of South Africa and expanded her brand into countries like Zimbabwe ,Botswana and Lesotho.

In 2015 Makhadzi got herself a major record deal when she signed with Rita Dee Entertainment and began to fade out the young look branding that she was famous for, she was the youngest artist in the Limpopo area when she released her first album. She decided together with her new record label to rebrand herself as a more matured looking music artist. While she was already in grade 12 in 2015, she dropped another album titled Muhwalo Uya Ndemela with the new brand image. Muhwalo Uya Ndemela got selected for SATMA in 2015.

In 2016, when she dropped another major 5th studio album titled Yo shoma, it instantly became one of the biggest project in the country and the album got nominated and won FAME SA awards in two categories, Best Female Artist and Tshivenda Best album.

In 2017 she then released her much anticipated 6th Studio album titled Shumela Venda, the album carried hit songs like Dj Wa Vhorine and Tshanda Vhuya. The album was so big that she became the Queen of Venda that she is today.

In 2018 she went totally international and took the African continent by surprise when she released big songs like Jola Kule featuring Master KG and Makobodo which remains some of the biggest songs released that year. She won four major awards at the Tshivenda Music Awards 2018.

Makhadzi continues to do music as she keep breaking her boundaries but she made a magic in 2019 when she released a song titled “Tshikwama”, the song gained her more popularity as it became one of the biggest songs in her country and all over the Southern part of Africa, everything then changed for the talented singer.

Also in 2019, she followed up her major release with another song titled “Matorokisi” which took South Africa by storm, life just gets better and better for the singer.

Makhadzi instantly became an household name and she started getting invitations to feature on songs with some of the biggest music artists in the country, including Durban based Kwaito singer and record label owner DJ Tira on a record titled “Riya Venda” which also enjoyed major radio airplays and topped charts for a ccouple of months. She has since been featured on different major songs like Siyabagqilaza by Tipcee. She has over the time worked with artists like Rabs Vhafuwi, Sho Majozi, Master KG, Candy Tsamandebele and may more other big names.

2019 was the best year for Makhadzi. Makhadzi took all the advantages her success brough her and one of the moves she made was to released her Album titled Matorokisi on the 1st of November 2019, The album was received with love and rave reviews by South Africans and some other African countries with most songs on the album taking over major charts for weeks. The album attained number 2 spot on iTunes/Apple Music South Africa and stayed in the top 5 for 3 days.

Makhadzi has released over 100 songs and 8 albums over the last 8 years, here are some of her top songs ranked by the number of streams and views across all music and video platforms.