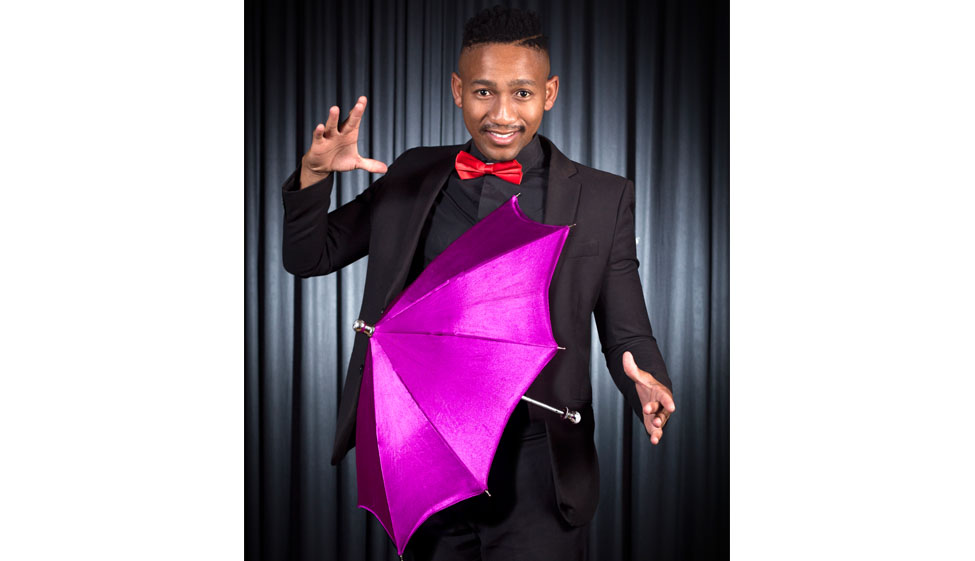 Olwethu Dyantyi – known as “Olwethu the Glamipulator” – is a silver medallion graduate of the College of Magic in Cape Town – the highest honour available. Having made the finals of SA’s Got Talent – his incredible talents have taken him around the world.

His most recent achievement saw him taking home the Grand Prix award at the SA Magic Championships. From representing South Africa at the World Olympics of Magic in England to command performances in Italy, Las Vegas, Croatia and China – Olwethu is a fusion of high energy impossibility. And in Sept 2016 – he was selected to be the face of Coca Cola as one of the TOP 3 magicians WORLDWIDE to star in the soft drink giant’s global brand launch!

At only 24 years old, rising star, Olwethu Dyantyi, has already achieved so much. He studied magic for six years at the College of Magic in Cape Town and graduated in 2009. Hailing from Khayelitsha, Dyantyi has not only performed on stages in South Africa but he has also taken his passion and talent for magic and captivated audiences in the likes of Las Vegas, Italy, the UK and China. He was also one of the top six finalists in SA’s Got Talent in 2013. His most recent achievement, however, was taking top honours at the 2015 South African Magic Championships held in October, where he also clinched the coveted Grand Prix title for his performance results.

He operates professionally from Cape Town around the World. Olwethu is an extremely talented and hard working magician. With his major claim to fame being his Card Artistry, he is skilled in card manipulation. (guess he would be a modern Cardini- with his own originality and personality).

He has been doing magic for 10 years and performing as a professional for 3 years (2015). Olwethu completed his 6 year course at the College of Magic in Cape Town in 2009.

He has performed in most of the popular places in Cape Town and around South Africa. He has also performed in Las Vegas, Italy, the United Kingdom and China.

A few weeks ago, he won the Stage Magic contest of the 2015 SA Magic Championships. He was also the overall “Grand Prix” winner, with a standing ovation at the completion of his act. 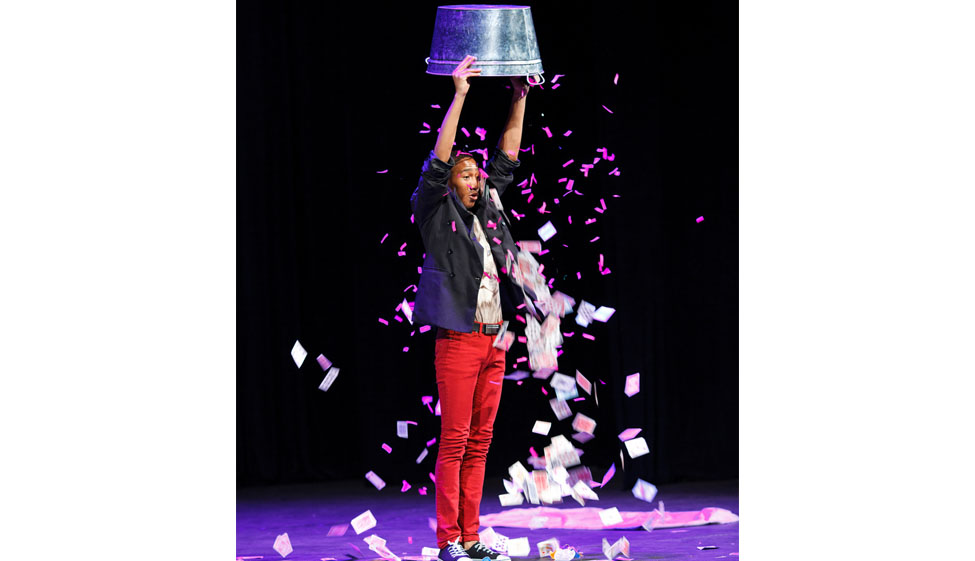 What made Olwethu become a magician? (in his own words):

“When I was in primary school, we used to have magicians visiting our school for magic shows. I was so fascinated about magic and how it was being done. Not long after that, the College of Magic visited our community, for a big magic show called the “Khayelitsha Magic Festival”, this was in 2004. I remember the tickets cost R5 and I attended the show. I could not close my mouth after watching that show.

I saw young magicians performing magic, I saw illusions… it was a magical day for me, seeing how beautiful magic performed live was. I was blown away and thought that the magic was real. I went home and told my parents about the show and that I wanted to become a magician. Luckily, there was a student from the College of Magic staying around my place and I could get the information I needed for joining.”